The Beaver Local girls basketball team will be hosting an ovac game tomorrow,February 8, against John Marshall. They are not playing for a place, but they are playing in consolation games in this tournament. So far the girls have a winning record of 9-8.  They are coming along decently with the little number of players they have this year. Past games the jv team has had to play only two out of the four quarters because they have no substitutions. Also with the lack of players, the varsity team has been needing help from the jv players in their games because they are limited in subs as well. As the regular season is coming to an end, they will be playing in the tournament coming up soon. The first sectional game is February 21, at home against Steubenville. They hope to see everyone there! 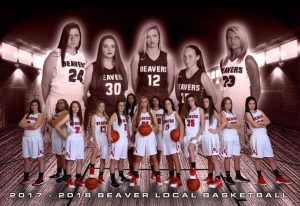