The Beavers have had an amazing wrestling season! They finish with 4 state qualifiers and 3 state placers. The qualifiers include Jared Wright, Beau Smith(4th 145), Skylar Lasure(4th 132) and Cole Mccomas(2nd 113). The season consisted of 14 sectional placers and 11 district qualifiers. The Beavers also collected a Conference Championship and a Sectional championship. The Beavers also broke their OVAC point scoring record with 240 points. They collected dual wins over Louisville, Austintown Fitch, Oak Glen, East Liverpool. This is near cemented the 2017-2018 Beaver Local Beavers wrestling team as the best in school history. 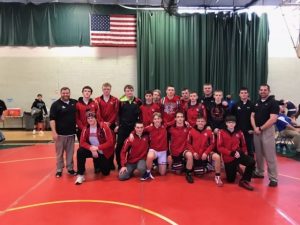