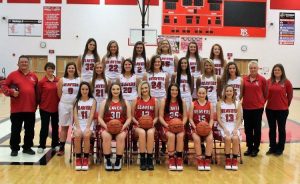 Last night the Lady Beavers took on the Edison Wildcats. Due to injuries on Edisons team, the junior varsity game was shortened to just two quarters. With that being said, the JV won their game 14-6.  The varsity team also took home a win with a score of 51-40. Overall, it was a good game and both teams came out with a win. The varsity squad now moves on to a record of 4-2, and 3-1 in in the Buckeye 8 North Division. The next time the lady Beavers take the court will be on Thursday at East Liverpool. Go Beavers!

Mr. Jason Francis Pacanowski has been at Beaver Local for almost four years now. Jason teaches high school math, grades 9-12. He graduated from Youngstown State University. He has always been fascinated with math and the sport of basketball. Jason had spent the past 13 years helping coach, and teach college athletes at Southern Illinois University. Despite the basketball background, he says his true calling is the education profession and teaching Mathematics. Basketball is not the only sport he likes, coming from Chicago, Jason is a diehard Chicago Bears and Blackhawks fan.

Jason has an extremely positive mindset when it comes to coaching his new team this year. Being the assistant coach of the Beaver Local basketball team the previous season, he already has good connections with the upperclassmen. With all of the control, he has completely changed practices, scheduling, and the mindset of the team. He has done an incredible job turning the program around, from a (3-20) season last year, to a current (9-10) record. The Beavers roster has not had an impactful change, however they have been able to triple their wins from the previous season.

The start to the 2016-2017 didn’t go as anyone had planned. The team started 0-7, losing several close games by only 2 or 3 points. “I continued to tell my players to stick the course, and wins will eventually come”, Jason said. The Beavers had a huge turning point once they defeated Edison by three points at home. Since then, the Beavers have been on a roll with a (8-3) record. “The first win was the hardest. I knew the transition with a new coach and offense would be hard, but we have been able to get through it.” The Beavers have 4 returning seniors, two of which are three year letterman. “Our senior core is very strong” Pacanowski said. “They have been able to remain calm despite the rough start, and bounce back to bring the record almost up to even”.

The Beavers are in a much better spot with sectional playoffs right around the corner compared to last season. They are looking at a possible 9th to 12th seed, unlike last year, with a 17th seed. The Beavers will play state ranked University on February 14th, for the first round of the OVAC tournament. This shall prepare the team for their tournament run towards the end of February. The matchup is determined this Sunday, and will be playing in the Sectional Semifinals. 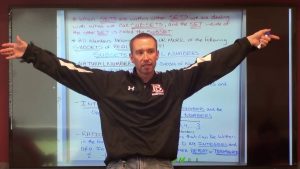 The Beaver Local girls basketball team this year has been a season full of achievements, improvement, hard work and success. Last year their girls record at the end of the season was 12-12 and they did not make it through the first round of sectionals. But, so far this year the girls have a record of 13-5, which is a winning season and much improved from last year. The girls have two more regular season games. The girls were fourth in the OVAC and played first seed Parkersburg south and lost. They also played for first place in the Buckeye Tournament, sadly they did not return home with a win. They fought hard in overtime and worked very hard and proved a lot of people wrong. 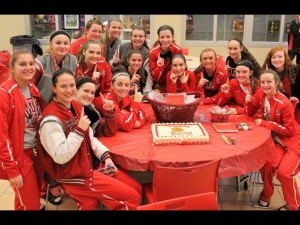 Captain and three letterman, Madison Roberts said, “2 years ago people said that we’d be lucky to 1 game but now we are in a winning season and made it to the Buckeye 8 finals, 4th in OVAC, and at one point were eighth in the state of Ohio.” Coach Stephanie Coie, Coach Elizabeth Connor, Bill Croxall and Kim Gourley are part of the success that strives the girls to be so successful. Senior night was played against United Local High School, and the girls so proudly came out with a win. Roberts said, “the key to our success is the hard work, coaches, goals and that we all our best friends and treat each other like family.” This season the girls have proven all of their doubters wrong and made history that has not been made in a long time for the beaver local girls basketball program. The girls later this season will enter the first round of sectionals. Roberts said, “I think we have a really good chance at the first round, I believe that we will come out with a win and be sectional champs, which hasn’t happened in a long time.” The three captains of the team are Madison Roberts, Emily Beck and Lexi Merriman. The amount of effort, dedication and leadership they put in fuels the team’s success. Along with their success on the court, most people on the team academic success is just as good or even better. Being a student athlete is not easy but these girls are very focused and have bright futures ahead of them. 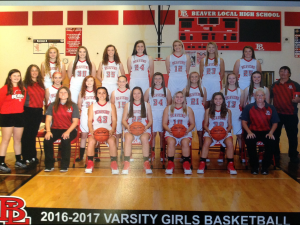