Leo stands for leadership, experience, opportunity. Leo club is a good way to get community service. There are multiple different programs in this club. At Beaver Local, they have Buddy Beaver Mentoring, and Precious Moments with Seniors. There are many more programs, but Mr. Barnes prefers some people to have a part in a certain program. However, in the elementary section of Beaver Local, they held a book fair for the kindergarteners. These books came from the book dues the Leo’s owed. Each Leo is required to bring at least two books in the beginning of the year.

In the Buddy Beaver Mentoring program you are like a big brother or sister to a kindergartner. “They always look forward to seeing you everyday,” said Bella Sweigard and Kiley Cook, both active members of the Leo Club. According to all the Leo’s that joined the bunt beaver program, it is fun and the kids always want you to come back to visit. Of course, a lot of the Leo’s are involved in other things, such as sports, so they can’t always come more than once a week. You stay after school from 2:30-3:30 and help the student or students. Sometimes you will help the teacher out with other tasks.

When you go to Precious Moments with seniors, you play board games, bingo, and do multiple different activities. Sometimes the seniors will color some pictures, and the Leo Club members will hang them up in the kindergarten section. “The seniors are always happy to see us again,” said Mr. Barnes the leader of the Leo’s. When the Leo’s go, they are socializing with the seniors and some seniors want to do different activities. It all depends on what the seniors want to do. The time for this program is from 1:00-3:00.

Each program is for a good cause. Each Leo who goes gets community service for the time being spent with the kindergartners, and seniors.The Leo’s are always doing good things for the community and to help others. Leo Club is a club in Beaver Local where anyone can join any time. All you have to do is go into the main office and look for a paper on the racks. Then stay after on Tuesday, or anytime that is good for you, and give Mr. Barnes the paper. Then you can start! 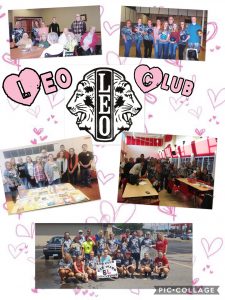 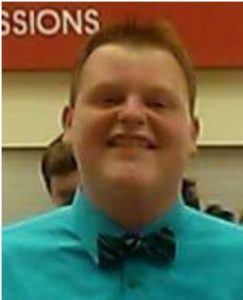 At the most recent Leo Club meeting (held February 2), freshman Brandon Morgan was named Leo of the Month for the month of December. Brandon is the type of guy to help you whenever you need it, so it’s no surprise that he enjoys helping out in his community. Out of the many projects that Leo Club has going on, Brandon is taking part in three of them: Buddy Beaver Mentoring, Precious Moments with Seniors, and the newest project, a free book fair for kindergarten students. The project that he has participated the most in, though, would be the Beaver Buddy Mentoring program.

The Beaver Buddy Mentoring program is where a Leo who has signed up to be a mentor gets their own kindergartener, or little buddy, to hang out with every Tuesday after school. When asked if he liked being a mentor for a kindergarten student, Brandon responded, “I absolutely love being a mentor for a kindergartener. Every time I walk into the kindergarten pod I get a smile on my face because I always hear the little kids having fun.” He also says that it feels good in his heart knowing that he’s helping a kindergartener out and potentially helping them make good choices. In fact, Brandon likes helping his kindergartener Alaina, who is in Mrs. Young’s class, out so much that he has started helping the rest of the class out as well.

After he graduates, Brandon wants to go to school and become a math teacher, but his work in the community will not cease as he plans on helping out as much as he can. When asked if he thinks being in Leo Club will help him in the future, he answered yes because “it’s helping me with my social skills as a person. The Leo Club is showing me to be myself and to never be afraid to do anything.” But it’s not just Leo Club teaching him these things. Brandon is also a proud member of the Beaver Local High School Rhythm in Red Show Choir and Concert Choir, both directed by Mrs. Alison Hamilton, and the chorus for the school’s 2017 production of “Grease,” also directed by Mrs. Hamilton alongside Mrs. Leslie Gabbert.

At the end of the day, Brandon is a hardworking young man who aspires to inspire others. Not only that, but he makes anyone he comes in contact with smile and laugh. With that being said, it seems very fitting to quote Mr. Barnes, Leo Club advisor, and say that Brandon is deserving of the title Leo of the Month.