Mr. David W. Andres is one of the most loved teachers in Beaver Local. Mr. Andres has been a Math teacher for 24 years. He believes that the purpose of learning math is so that you can use it in your everyday life. From jumping out of airplanes to photography to woodworking, Dave finds a way to bring mathematics to life in these activities.

If you’re ever looking for Dave and he’s not at the school, he’s probably in his woodshop. I asked Dave “Why do you like woodworking so much?” He answered “ It’s one of my favorite hobbies. When I’m not at school, I’m usually in my woodshop making new things.” He showed me pictures of his woodshop and it was filled with tools. When I asked him how many he had, he said that he owns over 500 tools in his shop. He said all of his tools probably cost him over 20 thousand dollars.

With all the activities Dave does in his life, math has always been the focal point. Teaching math for 24 years has not been enough for him. He wants to show everyone that you can use math in all sorts of ways. Dave said that math is his life. Whether it’s skydiving, photography, or woodworking, he said that it all leads back to what he loves the most, math. 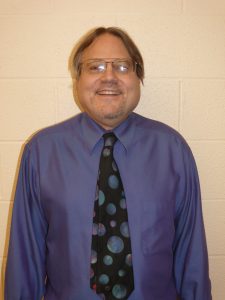