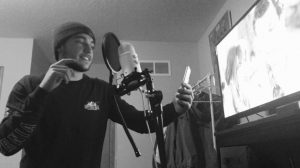 Starting with only 2 followers on soundcloud, Beaver Locals underground rapper, Zach Boni made a song called Tom Brady. Tom Brady was an instant hit. The 2 followers soon turned into over 100 followers, and the song got over 6,000 views. Not stopping there, Zach continues to make hit after hit.

Zach Boni is a senior at Beaver Local. He started his rap career in the summer of 2015. At 16 years old, Zach made his first song called Flowers. For that being his first song, people enjoyed the young rapper. Zach wasn’t very proud of this track, and he took some time off to cook up the most popular song he made, Tom Brady. When Zach dropped Tom Brady last year, the people went crazy. Everyone was tweeting about it from all different schools. He said it wasn’t just going to be a good song, it was going to be a masterpiece.

Because Zach didn’t release a song for a while after Tom Brady came out, people may have thought that Zach was a one hit wonder. They didn’t know that he was secretly making a whole mixtape. While in the process of making the mixtape, he would drop some songs to keep the fans happy. The first song he dropped after Tom Brady was called No Dayz Off. Once people heard his followup song, they knew that Zach was for real.

Once Zach got a good fanbase, he knew it was time to drop the mixtape. He called the mixtape Pyromaniac, because he said all the songs are fire. When I asked how he felt about it, he said that there shouldn’t be a song that you don’t like, all the songs are bangers. With all the hits on the mixtape, there was still more to come.

When I asked Zach why he started rapping, he told me that he wanted to get girls. He said that the girls like when he raps, but he didn’t know that girls really like a guy who can sing. Once he found that out, he showed off his vocals his recent release called Wasted. Wasted was the second most popular song that Zach made, with just over 1,000 views and counting. When asking him about this, he said, “Every rapper needs to flex his pipes.”

While not releasing anything since October, Zach has been cooking up many tracks. He has got to the point where he wants all of his tracks to be perfect, and perfection takes time. After asking him when he was going to drop his next song, he said soon, very soon, just wait, it will be worth it. If you’re anxiously awaiting Zach’s next track, you can catch a little snippet of his work by checking out The Beaver Blog’s new theme song which is written and produced by Zach. 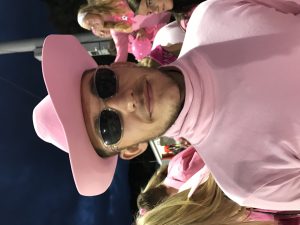