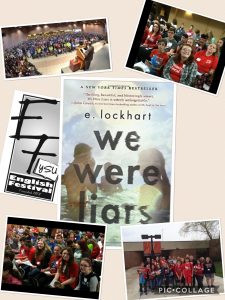 “We Were Liars” is a young adult novel written by E. Lockhart. This modern tragedy was read in both of Mrs. McNally’s College English 9 classes and is on both the middle and high school booklists for the 2017 YSU English Festival that Beaver Local partakes in. Going into this book, I was a tiny bit skeptical as I knew that there were some concerns with the wording and plot from the middle school teachers. In the end, though, I didn’t think that it was a bad story.

“We Were Liars” is about a wealthy family called the Sinclair family. Every summer, the family, along with Aunt Carrie’s boyfriend Ed and his nephew Gat, spend their time on the Sinclair private island, Beechwood. One summer, Cadence, the main character, has a horrible accident that causes her to lose her memories of that summer. When she returns to the island during Summer Seventeen, Cadence finally finds the truth out about her accident and why her cousins Johnny and Mirren and her crush Gat never answered her emails.

I thought the whole book was a tad bit too dramatic with the way Ms. Lockhart set it up and that it just sort of dragged near the end. I believe that there was a better way that she could of added closure after the discovery of the death’s of the Liars’ without holding the story out longer than she actually did. Other than that, I thought the book had a great plot and great characters and I can’t wait to hear what the author has to say at the English Festival in April.

Written and Submitted by Beaver Local High School Teacher Señora Rhodes
This past fall Señora Rhodes applied for and received a grant to purchase a classroom library of picture books for Spanish I level.
Pictured are students participating in ‘breaking in’ the new books during a silent reading session with long-term substitute extraordinaire, Señora Sarah Ferguson (BL graduate!).
The ultimate goal is to have the students share these books and a bit of Spanish with 2 partner 2nd-grade classes:   Mrs. Welch & Mrs. Emery.  They also received funds for their own library, and their students will read to Señora Rhodes students from their new books, in pairs or in small groups.  Funding provided by The Turning Foundation of Youngstown.  We hope to conduct 2 reading sessions before the end of the school year.  Thanks to Elementary Principal Ashley Weber in particular, and the entire BL administration for all of their support and encouragement. 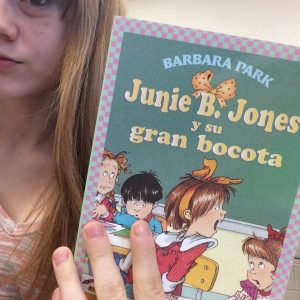 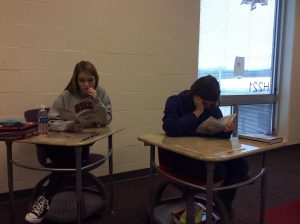 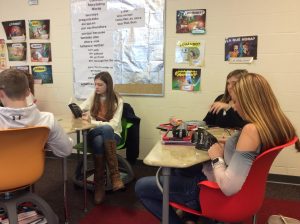 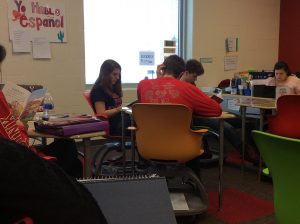 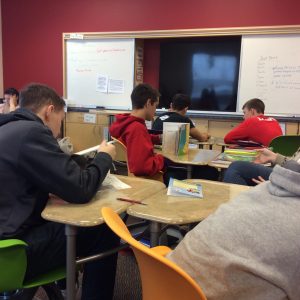 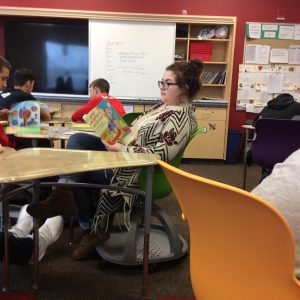