Seniors make sure you have these requirements in order to graduate!!

4 English credits
4 Math credits
3 science credits (including 1 life science and 1 physical science)
½ Health credit
½ Physical Education
1 Fine Arts credit
½ Personal Finance credit
4 ½ additional Elective credits
In order to graduate with honors, you must have 7 out of the 8 of these requirements!
4 English units
4 Math units, including Algebra 1, Geometry, Algebra 2 or the equivalent and another higher level course or a four-year sequence of courses that contain equivalent content
4 Science units, including physics and chemistry
4 Social studies units
3 Foreign Language units (must include no less than 2 units for which credit is sought)
1 Fine Arts unit
At least a 3.5 GPA on a 4.0 scale
27 ACT/ 1210 SAT score (excluding scores from the writing sections)
½ Physical Education unit
½ Health unit
½ American History unit
½ Government unit
For the 2016 graduating class and on, you have to take the Air test your sophomore year. You take English, math and science. Your junior year you have to take a government one. In order to graduate, you have to get at least 18 points on the tests combined. If you get a 1 on the test, you have to retake it. If you get a 2 on the test, it is your choice to retake it or not. If you get a 3-5 on the test, you don’t have to retake it.

Tragedy struck in Beaver Local School District when a Beaver Local family’s house recently burned down. The house and all their belongings were a total loss. As soon as the school district heard about this, people sprung into action collecting donations for the family.
So far, the Beaver Local community has collected over $1000. In addition to monetary donations, community members have donated toys and clothing for the kids of the family. Boyce United Methodist Church donated three giant bags full of new toys. So many generous people from all over the community have donated different items for the family’s needs.
A young girl in 5th grade, Katelyn M, took it upon herself to collect money from her church and neighborhood. She brought in over $200 to donate to the family. A junior, Rebecca Scarcella, donated an outfit and a toy for each child. Also, a sophomore, Garrett Givens donated a new Beaver Local athletic bag filled with pajamas, slippers, shoes and more.
It is amazing how generous the Beaver Local community is when tragedy strikes. The outpour of kindness has really touched the family’s hearts. The family is currently working on getting back on their feet. 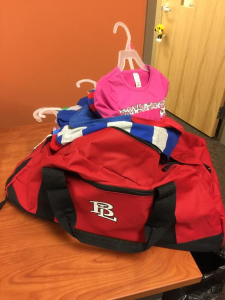 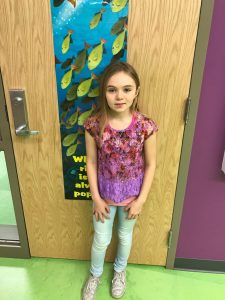 Katelyn M collected over $200 in donations for the family

Mrs. Hendricks is a wife, mother and teacher. She is married to Jeff and has two sons, Mitch and Bryce. She grew up in the big city of Elkton. She attended Elkton Elementary, then went to Beaver Local middle school and high school. Mrs. Hendricks was a varsity cheerleader for four years and was involved in the school paper. Mrs. Hendricks is an English teacher at Beaver Local Highschool, and has been for 19 years now. Mrs. Hendricks enjoys golfing, traveling, boating on the family boat, reading, biking, hiking and cooking. Mrs. Hendricks has been to Italy, Germany, Poland, France, and Austria.
Mrs. Hendricks went into education because she wanted to be that teacher who was passionate about something, and she wanted to inspire a student to do something; and encourage students to believe in their dreams. She has always taught grades 9-12. Mrs. Hendricks states, “If every student just has that one teacher, high school will be better for them.”
As a student, we often get frustrated with Beaver Local and wonder why a teacher would ever come back here after they graduated. Mrs. Hendricks said that she didn’t think she was ever coming back, but she was teaching part time at another school. Her mother worked at Beaver Local and made her put in a resume, which resulted in her getting hired. Mrs. Hendricks said that coming back to Beaver Local was a hard adjustment because there were still teachers here from when she was a student. I asked Mrs. Hendricks if she would go back and change coming here if she could, she answered, “This might sound corny and cliche but it feels like home here because I’m from here and know a lot of people still.”
Mrs. Hendricks claims that the technology is definitely the biggest change from when she attended Beaver Local. Things haven’t changed much in the district, but they have in the education, especially the requirements. Mrs. Hendricks states, “It is always changing which is good to benefit the students.” Mrs. Hendricks is constantly changing her teaching ways to keep up with the new technology to make it a better environment for her students to learn. The use of technology has helped her in researching different lesson ideas. It has helped students with writing essays, and makes it easier to access information to help them. For the last 22 years, she has witnessed testing changes 4 times: ninth grade proficiency, OGT, PARCC and AIR testing.  She is always adapting to the changes. Mrs. Hendricks states, “If you don’t change, it makes you stale and ineffective.”
A lot of students love Mrs. Hendricks because of her personality, and she can relate very well to all of us. She is very helpful and understanding. Mrs. Hendricks cares about everyone of her students individually. I, personally, have been inspired by Mrs. Hendricks in many ways, such as, to always be the bigger person, and always give your best effort. I hope Mrs. Hendricks always stays with Beaver Local, because everyone deserves the chance to have her. 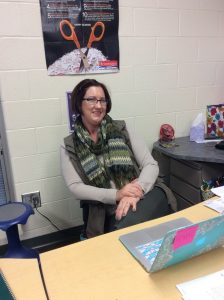