As the end of the school year approaches, so do many great events at Beaver Local. Among the many great events at our school, Prom is definitely at the top of the list. With the change last year of hosting prom right at the school, we are now moving back to the Stambaugh Auditorium in Youngstown this year. I met with Mrs. Speece, teacher and junior class advisor, to not only talk about this change but also on her hopes for prom this year.

With changing the location of prom yet again, many people are wondering why we made the move back to Youngstown. Speece said, “Going back to Youngstown is actually a little bit more pricey than having it at the school, but we are doing it for the students. We did compromise for the cost with small changes like taking school buses instead of charters. But our main goal is to make prom feel as special as we possibly can. We want to make a big difference between prom and the other dances.”. As excited as she is for prom, she also has mixed emotions. “As much as I loved the turnout and having prom at the school, having it away from the building is much less stressful not dealing with scheduling conflicts”.
With the theme for prom this year being “The Golden Age of Hollywood”, there is much to be excited about. The luxurious, romantic feeling they are going for should make for a very special night. “Buying a ticket to prom this year is like buying a ticket to the golden age” said Speece. Speece also managed to get a very impressive Dj for this year that everyone should be eager to see. The music and atmosphere aren’t the only things to be looking forward to this year. The menu this year has three delicious choices to suit anyone’s taste buds. You have your choice of steak, chicken teriyaki, or vegetarian pasta. Speece thinks this year will definitely be another huge turnout, as prom is by far Beaver Locals’ biggest event.
Prom this year should be an exciting and memorable event, as it always is, so you definitely don’t want to miss out. It will be on Friday, May 12th. If you are planning on bringing someone from another school, make sure you stop by the main office to get a permission form! Tickets are on sale until the 17th in Mrs. Speece’s room, so don’t forget to stop by! 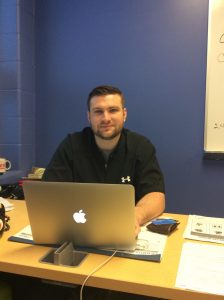